I love this time of year.  After eating copious amounts of food on Christmas Day and spending time with family, it’s nice to just hang out at home and sleep in.  These last few days of the year are also a perfect time to sit back and reflect on 2011. 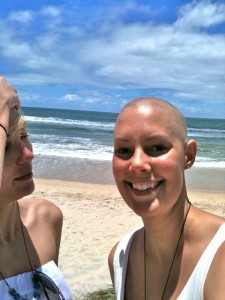 Only 1 year ago I had just finished a grueling 6 months of chemotherapy.  I was bald, 12 kilos heavier from all of the steroids and exhausted beyond belief.  I was also incredibly relieved to have been told that I was in remission and excited about the prospect of getting my energy back and focusing on something other than my health, which had been my sole focus since early 2009.

My boyfriend, Dave, our puppy, Trudi and I moved out of Brisbane, where we had to be while I was having treatment, and found the perfect place to chill out, recuperate and learn a thing or two about slowing down.  Dave slept A LOT for like 6 months!  I didn’t realise how stressed out he had been taking care of me for the past 2 years.  I don’t know how I could have gotten through it without him.  He is simply amazing. 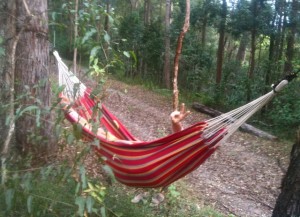 The place we have moved to is very remote (we live in the sticks!), has no access to power, water, phone lines or sewage and needed A LOT of work.  It’s been an ongoing project getting the place set up and we absolutely love it.  We’ve set up water tanks, a solar system, veggie patches and a fruit orchard. 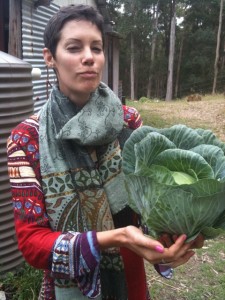 About half way through the year I had been detoxing and finally felt like I was getting my energy back, not to mention my head of hair!  And, true to form, I started taking on lots of projects again.  I can’t help myself sometimes and I was, and still am, just so pumped to be feeling good again.  So I’ve started modeling again, as you all know, as an eco model.  I launched this website a few months ago and have been super busy ever since – hooray!

It’s been incredible to meet so many people who are just as passionate about the environment and are doing their best to tread a little lighter on the planet.  After all, one thing I have learnt is that we can’t do everything, but that doesn’t mean shouldn’t do something (anything!) to help our situation and ensure a beautiful world for future generations.  That’s what I think anyway…

I also got to meet online friends who have become close friends, such as the inspirational Wellness Warrior, Jess Ainscough. 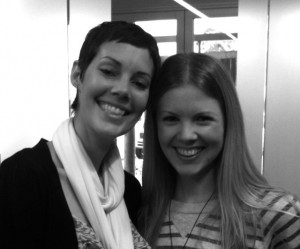 This year has been an incredible year for Dave and I’s business, Vegan Era as well.  Dave and I have been running this website for the past few years, ever since we decided to go vegan.  We just wanted to create a fun, easy space for people to come to if they were interested in learning more about being vegan.  This year we started doing seminars on the health and environmental benefits of being vegan and they really took off. 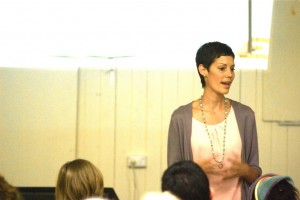 We spoke on the Sunshine Coast, Brisbane, Melbourne and Adelaide and we launched an online 21 Day Live Vegan Program.  It’s been full on but we have met so many beautiful people along the way.

We’ve also been happy to be little media tarts, sharing our journey in the hope that other people will make positive changes in their own lives to hopefully prevent diseases like cancer, and also lead happier, more peaceful lives in tune with nature.  Check out the media page for a look at some of the articles.

Mostly though, I feel like a kid again, learning how to live in the world after 2 years of being a ‘cancer patient.’    I learnt many lessons in patience over those couple of years and was still learning them earlier this year.   I found faith and a spiritual side that I never knew existed within me.  And I finally feel like my old self again. But not the same as before, dare I say it, a better version of myself.  Stronger.  Physically, mentally and emotionally.  Now I can go for a run or a big walk with Trudi, I can go for a swim, do a yoga class, drive myself around and work again!  My problem now is restraining myself and learning how to take things easy, even though my body can keep on going.  Might have to add that to the New Years Resolution list!